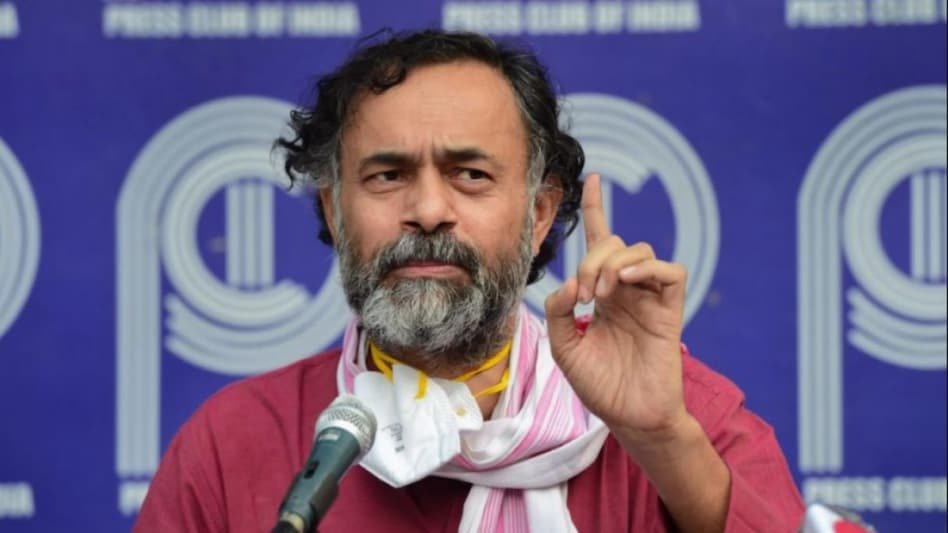 A day after Yogendra Yadav was suspended from the Samyukta Kisan Morcha (SKM) for meeting the dead BJP worker’s family; the social activist called it an act of humanity. He further said that he visited the dead BJP worker’s family to share their grief since it is part of Indian culture.
Issuing a statement Yadav said he respects the collective decision-making process of the SKM and gladly accepts the punishment.

“I will continue to work more diligently than ever for the success of this historic peasant movement,” he added.

Yadav was suspended for a month for visiting the family of Subham Mishra, a Bharatiya Janata Party worker who was killed in the October 3 Lakhimpur Kheri violence.

Saying that he regretted not consulting other members of the SKM before his meeting, Yadav said it saddens him to have hurt their feelings.

“In any movement, the collective opinion prevails above individual understanding. I am sorry that I did not talk to other comrades of SKM before taking this decision,” he said through a statement.

He further said he met families of the farmers and the journalist killed in the same incident before moving on to meet the family of the BJP worker and expressed hope that his public expression of sentiments will only strengthen the farmers’ movement.

According to a senior farmer leader, the decision to suspend Yadav was taken at a general body meeting of the SKM and said that the social activist cannot participate in the meetings and other activities of SKM.

Eight people were killed in the Lakhimpur Kheri district including four farmers and a journalist who were run over by a jeep allegedly being driven by a union minister’s son. The vehicle had ploughed through a mob of farmers in Tikunia village.

Angry farmers then dragged out some people from vehicles part of the convoy and beat them to death.