China has amassed more than 60,000 troops along the Line of Actual Control with India, US Secretary of State Mike Pompeo has said as he hit out at Beijing for its “bad behaviour” and the threats it poses to the Quad countries.

The Foreign Ministers from the Indo-Pacific nations known as the Quad group – the US, Japan, India and Australia – met in Tokyo on Tuesday in what was their first in-person talks since the coronavirus pandemic began.

The meeting took place in the backdrop of China’s aggressive military behaviour in the Indo-Pacific, South China Sea and along the Line of Actual Control (LAC) in eastern Ladakh.

“The Indians are seeing 60,000 Chinese soldiers on their northern border,” Mike Pompeo told The Guy Benson Show in an interview on Friday after his return from Tokyo where he attended the second Quad ministerial with his counterparts from India, Japan and Australia.

“I was with my Foreign Minister counterparts from India, Australia, and Japan – a format that we call the Quad, four big democracies, four powerful economies, four nations, each of whom has real risk associated with the threats imposed attempting to be imposed by the Chinese Communist Party. And they see it in their home countries too,” he said.

US Secretary of State Mike Pompeo met External Affairs Minister S Jaishankar in Tokyo on Tuesday and they underscored the need to work together to advance, peace, prosperity and security in the Indo-Pacific and around the globe. He described his meeting with Mr Jaishankar as “productive”.

“They see, the people of their (Quad) nations understanding that we all slept on this for too long. For decades, the West allowed the Chinese Communist Party to walk all over us. The previous administration bent a knee, too often allowed China to steal our intellectual properties and the millions of jobs that came along with it. They see that in their country too,” he said in the interview.

In another interview with Larry O’Connor, Mr Pompeo said in his meetings with his counterparts from Japan, India and Australia, they began to develop a set of understandings and policies that can jointly take these countries to work to present a true resistance to the threats that the Chinese Communist Party poses to each of these nations.

“They absolutely need the United States to be their ally and partner in this fight,” he said.

“But they’ve all seen it, whether it’s the Indians, who are actually having a physical confrontation with the Chinese up in the Himalayas in the northeastern part of India, the Chinese have now begun to amass huge forces against India in the north whether it’s the Australians who did the simple thing of saying the Chinese screwed this deal up with the virus, and we’d like to understand what happened and said we ought to have a full investigation, and in exchange for that, the Chinese Communist Party began to extort, coerce, bully the Australians,” Mr Pompeo said.

“The world has awakened. The tide’s begun to turn. And the United States under President Trump’s leadership has now built out a coalition that will push back against the threat and maintain good order, the rule of law, and the basic civic decency that comes from democracies controlling the world and not authoritarian regimes,” Mike Pompeo said.

In his third-interview to Fox News, Mr Pompeo said that the US under Trump administration has begun to build out all the edifice of the structure and the allies and the coalition to push back against China.

“We aim to protect the American people from the threat that the Chinese Communist Party poses,” he said.

Referring to his Quad ministerial meeting, Mr Pompeo said that the three other countries Japan, India, and Australia were building out a coalition, build partners and allies around the world who understand the threat from the Chinese Communist Party in the same way that “we do so that they can protect jobs here at home”.

“Look, they’ve stacked 60,000 soldiers against the Indians in the north. When the Australians had the temerity to ask for an investigation of the Wuhan virus and where it began, something that we know a lot about, the Chinese Communist Party threatened them. They bullied them,” Mike Pompeo told Fox News.

“We need partners and friends. They’ll certainly try to react. But what the Chinese Communist Party had become accustomed to, frankly, for an awfully long time was watching America bend a knee, watching us turn the other cheek and appease them,” he said.

“That only encouraged their bad behaviour, their malign activity. Our push back they understand we’re serious about it. They’ve watched that we’re going to confront them and impose costs upon them. I am confident that this activity, over time, will change the nature of what the Chinese Communist Party tries to do to harm America,” Mr Pompeo said.

India is expanding bilateral cooperation with Japan, the US and Australia in the Indo-Pacific region.

The US has been pushing for a greater role for India in the Indo-Pacific which is seen by many countries as an effort to contain China’s growing clout in the region.

As indicated by Data from District Administration, till 8 am on Saturday, Gurgaon tehsil got 54 mm of precipitation, while Wazirabad got 52 mm, Sohna 72 mm, Manesar 50 mm, and Pataudi 40 mm.

Pardeep Kumar, boss architect at Infrastructure-2 in Gurugram Metropolitan Development Authority (GMDA), said, “Because of ceaseless precipitation, waterlogging has been accounted for, yet the water is being depleted out by siphons. The circumstance isn’t quite as disturbing as it normally is during rainstorms, besides at one point close to Tau Devi Lal arena, where sewage-cleaning work has been continuing, other than the development of an underpass at Subhash Chowk. In the low-lying extends, as Narsinghpur administration path on NH-8, water invests in some opportunity to retreat because of the Topography.”

Subhash Boken, the representative of Gurgaon police, said, “Traffic police authorities have been deputed to guarantee smooth progression of traffic, particularly on the expressway.” 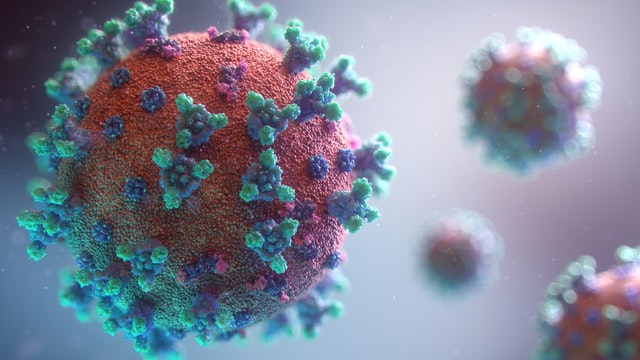 As per information delivered by the Union Ministry of Health and Family Welfare on Saturday, 3,071 instances of Omicron variation were announced across 27 states and association regions up to this point, out of which 1,203 have recuperated or relocated. The dynamic cases presently remain at 1.34 percent of the all out diseases. The public Covid-19 recuperation rate diminished to 97.30 percent, the wellbeing service said.

The three need gatherings of medical care laborers, forefront laborers and 60 or more populace with comorbidities, who are qualified for their third “preparatory portion” 39 weeks in the wake of getting their subsequent punch, can either book a web-based arrangement or stroll into any inoculation place, sources in the Ministry of Health and Family Welfare said on Friday.

End of the week controls kicks in across most urban areas in India as the states attempt to check the spread of the novel Covid. While Delhi and Karnataka have forced end of the week lockdowns, the Tamil Nadu government has requested a closure on Sundays.