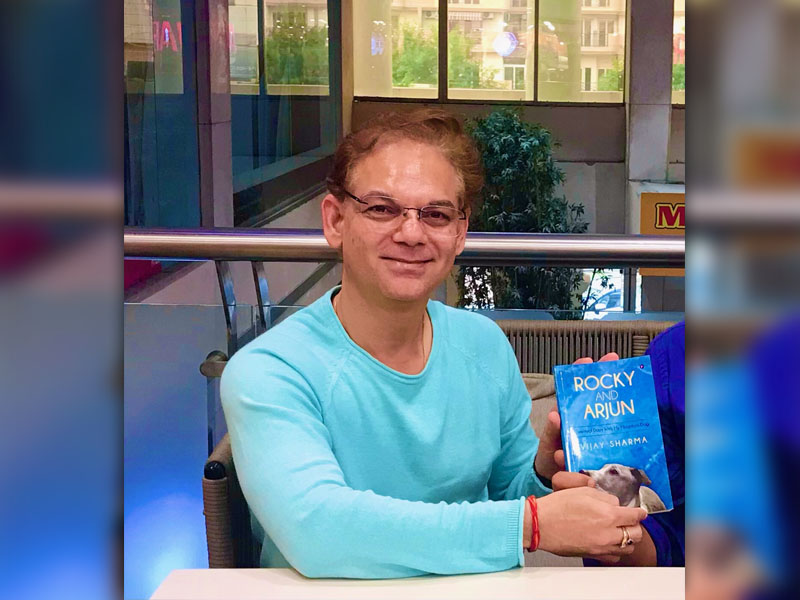 Vijay Sharma AKA VijayKrishna is a writer and author of the book “Rocky and Arjun – Eventual Days with my Mountain Dog”.

Birthplace and Family Background: I was born in the small town of Batala, in the district Gurdaspur of the state of Punjab in India. I grew up with two brothers and a sister in a middle-class family in Delhi and completed my education in Delhi. I am currently living in Delhi and Mumbai.

Profession: I am working as a business professional with a Medical Device company. I love traveling and for my work I traveled to many cities across the globe.

My Ambition: To be a successful person to help or support as many people as I can in my life.

What made me write this book Rocky and Arjun: I was writing short stories and blogs on different online platforms under my pen name – VijayKrishna and during the COVID-19 lockdown, I thought of converting one of my short stories into a book/novel. I really wanted to tell this story to the world as I love dogs very much. I wrote three different versions of the story and the published version of my book Rocky and Arjun is one of the versions which I rewrote after a lot of discussions with my family and friends who were my initial audience.

My Future Plans as a writer: After my first book Rocky and Arjun is published, I got the confidence to write more fictional stories, especially Children’s Fiction Stories compiled in the form of a book. My second book will be for children, adults, and geriatric readers who love to read compilations of simple yet interesting short stories. My third book will be a novel dedicated to “Mothers”. 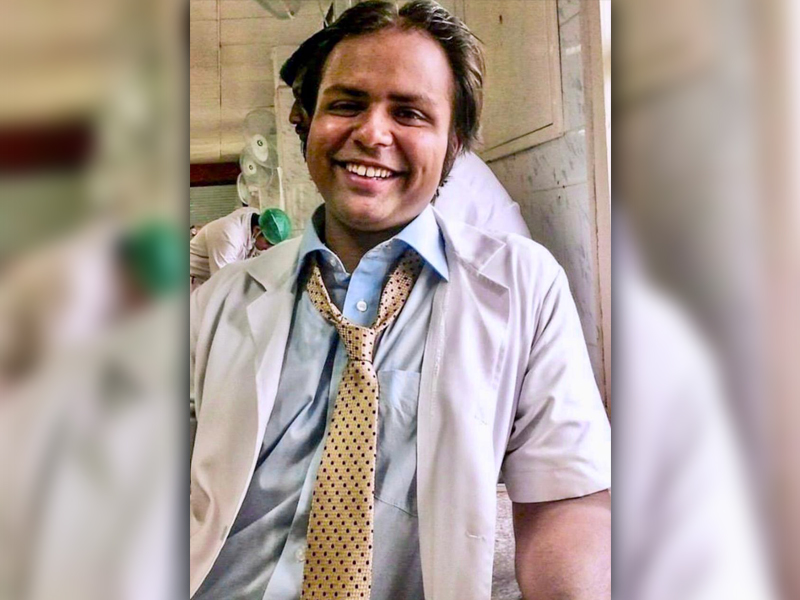 Our team had been in touch with Dr. Shadab Ahmed for some time. We had always seen him smiling and in a positive mode. His books are well admired and he has a great persona, for which we decided to cover his story. Today we present you with a true gem of a person, Dr. Shadab Ahmed.

Dr. Shadab Ahmed hails from Bihar, India. He has spent good segments of his life in North-East India, New Delhi, Gujarat, and Tamil Nadu. True-Blood Bihari by thinking and living, his mantra is “Carpe Diem”, or to seize the day.

Dr. Shadab Ahmed was born and brought up in the resilient and magical North-East India, growing up between guns and roses. He moved pan-India at various ages, finishing his schooling in Manipur and Delhi. His voracious appetite for knowledge and wisdom led him into books, refining his perception and understanding of the good, bad, and wicked in life. He is a scholar of literature and poetry, and his interests are diverse in Norse, Hebrew, European, Mughal, Russian, Iberian, Latin-Modernism, Metaphysical, Alhambra, Mandarin, Turkish, Persian, Indian, Baltic, Celtic, and Castilian poetry and literature. He retains an inner child and has a very combustible imagination.

Dr. Shadab Ahmed is an Oral and Maxillofacial Surgeon by profession, and he is also an Associate Professor (Reader) in the Department of Oral and Maxillofacial Surgery at Vinayaka Mission’s Sankarachariyar Dental College, Vinayaka Mission’s Research Foundation (VMRF-DU), Salem, Tamil Nadu. He completed his UG from Buddha Institute of Dental Sciences and Hospital, Bihar, and his PG from Meenakshi Ammal Dental College & Hospital, Tamil Nadu. For pre-destiny, he altered his academic path and took the bold risk of jumping into college management and administration, and has never looked back since. He is distinctive in methodically drafting policies for NABH, NAAC, NIRF, and AISHE and implementing protocols of the Dental Council of India. He focuses on qualitative and quantitative institutional growth. He has previously served as Joint Coordinator and Administration Advisor to dental institutions and has worked as a dental surgeon with the North-East Frontier Railways, Assam. His interest in OMFS goes into Head and Neck Plastic and Reconstructive Surgery, Cleft and Craniofacial Disorders, and Maxillofacial Trauma.

Inspiration to write a book: Dr. Shadab Ahmed has always been fascinated by books and wanted to write since he was a child. But for his chosen and formidable academic path. He never managed to complete his books, which were left on the shelves and acquired dust over time. His inspiration to write books came from his father, who proudly declared one day that he would never be able to write a book. Today, Dr. Ahmed is the author of 3 published non-pedagogical books related to World Poetry, with several others in the press and under progress. He devotes his free time maniacally to reading, understanding, and translating various canonical poetry texts and their interpretations, along with their “Pre-Text” in history and “Con-Text” in contemporary times and ages. His extra-academic interest bridges across Bards, Rhymes, Hymns, Epics, Odes, Elegies, Zajals, Poesies, Ballads, Sonnets, Quatrains, Verses, Couplets, Qasidehs, Muwashshahs, Masnawis, Haikus, Limericks, and Runes. His distinctive interest lies in European Literature and Poetry (covering the Jacobean Era, Elizabethan Era, Edwardian Era, Georgian Era, Stuart and Caroline Eras, Renaissance and Post-Renaissance Eras) and Mandarin Poetry, encompassing the Ming, Yuan, Song, and Tang dynasties.

Dr. Shadab Ahmed has several books in progress and manages to write in what little time he gets after his professional duties. Two more of his books are in press and slated to be released in the coming months this year. He aspires to open a bookstore someday, thereby completing the trinity of visions he envisioned as a child (Doctor-Author-Businessman). He prays he gets the time and chance to see his pre-science conceptualizing in the coming months and years. He believes in taking decisive risks and lives for the day.