Do you believe in simple innocent love? Are you searching for ‘the one’? Are you in chaos that only you can contemplate? Are you in search for the peace at the end of the tunnel? Are you being deceived by the one you placed all your trust on? Have you ever been in such situations? Well, then this book of self-musings filled with quotes and shayaris is the place filled with completely relatable feelings; woven with words, the book is a promising wrap on every emotion of yours.

This book ‘Ae Zindagi’ beautifully speaks about a tender 19 year old girl who grows up to ace the art of thriving in chaos; she fell brutally but rose up stronger because she realizes she is one strong warrior! Well, she may not seek justice but she knows to mould herself to win over the situation!

Read to know more and relate much more!

The debutante Sweta Mandal is a strong believer of being a poet at heart and a warrior on field and thus this book reflects the same; she has written this book in a way to support all aching hearts which paves the way through healing via her quotes and shayaris.

Read “ENDURER: A Rape Story” to know how the shattered girl rises up to find the meaning of her life.

Armed Non-State Actors in International Relations: A Study of ISIS

Photo by Parth Shah from Pexels.

We are back again this month with a new list of books by amazing authors that you should add to your TBR this month.

Whether you want a page-turning thriller, a gripping historical novel or a feel-good read, a self-help book, or a love story, we got everything covered. we’ve got some great choices out this month.

So here is our list of the Top 10 Books that you shouldn’t miss reading this month.

1. Falling For My Best Friend by Ruchi Singh

Siddharth’s perfect love story is over. Life is asking him to compromise and go along with his family’s wishes. Will he be able to do justice to someone else under the shadow of his reluctant decision? Will he be able to create a place for someone in his heart again?

A die-hard romantic, Naina is in search of a partner who will love and cherish her… only her.
An only child, her life was perfect. Till Siddharth said Read More..

One sultry Mumbai night, business tycoon Mihir Kothari takes a bite of a soufflé and drops dead. According to the CCTV footage, celebrity chef Rajiv Mehra is the killer. It seems like an open-and-shut case.

A catastrophic accident on the day the chef is to be hanged allows him to escape and, driven by an inner calling, pursue a new life. Chased by shadows he thought he had left behind, torn by spurned love, the chef returns in search of the real killer so that he can prove his innocence. But there is a problem. Unknown Read More..

3. India is Broken by Ashoka Mody

Through the first half-century after independence, India’s leaders could point to uneven but measurable progress. After the mid-1980s, dire poverty declined for a few decades, inspiring declarations of victory. But today, a vast number of Indians struggle in a state of underemployment and are one crisis away from despair. Policymakers search for easy solutions that further undermine the provision of public goods and job creation. India Is Broken is a history that explains how India landed in this economic catch-22.

4. The Mystery Of The Genes by Uttam Mukherjee

This is the story of two female detectives’ valiant efforts to save a genetic research project from a series of deadly attacks by foreign vested interests using brute force. Dr. Bhattacharya, a key figure in the Human Genome Project, returns to Kolkata after retirement. He establishes a research center to pursue gene replacement therapy to cure a dreadful metabolic disease along with his co-researcher daughters, Avantika and Aatreyi. However, after two years, his world is about to be turned upside down as a large pharmaceutical company’s billion dollar business of supplying daily doses of the medicine is in jeopardy.

We live in a world where there is a new fad diet, superfood, supplement or nutrition theory every month. There are so many tricks to optimizing workouts, peak performance, burning fat, living longer, sleeping better and biohacking your immune system. Wellness has become a part of mainstream discourse like never before, and the result is an overwhelming barrage of seemingly contradictory information.

But here’s one simple truth: good health impacts every aspect of life, be it productivity at work, interpersonal relationships or a balanced family life. In Hacking Health, Mukesh Bansal takes on the mammoth task of demystifying the science, Read More..

6. The Hyderabad Heist by Sharmishtha Shenoy

3 September 2018. Citizens of India woke up to the sensational news of a multimillion-dollar theft in the Nizam’s Museum, Hyderabad. The theft of a diamond-studded, intricately designed gold box and other artifacts speckled with emeralds and rubies caused a national and international sensation. This was no ordinary burglary. It was an assault on the heritage and culture of the people of Hyderabad and India.

Prince Muffakham Jah of Hyderabad, who was in London at that time, personally requested the Commissioner of Police, Mr Anjani Kumar, to investigate the case on priority. Hundreds of police officers were pressed into action to recover the stolen Read More..

7. I Drink Tea and I Tell Stories by Archana Rajendran

What is common between the eighty-year-old man sitting under a mango tree, the woman in a red saree, and the young boy waiting for the signal to turn green?

What brings together a single mother, a talented artist, and a girl in a toxic relationship under one roof?

What binds the stories of a sex worker, a chai tapri, and women on a train? Read More..

8. Ternicode by Prashant A U

The conceptual framework presented in this book is a first of its kind in the sense that it provides a robust yet simple way of determining the underlying aspect of various matters which have always daunted the human psyche. The novel narrative is captivating and invokes the inquisitiveness of the reader seeking to acquire a formidable understanding of the overall environment.

“Ternicode” as the title goes is in itself, a lexical or semantic neologism. This new term strikes an immediate chord resonating the trigeminal relationship of factors associated with any phenomena. It intends to resolve all complexities and conflicts that emerge with the conventional methods of logic Read More..

‘I promise not to be three things–profound, pedantic and pretentious,’ says Shobhaa De, as she begins her heart-warming book.

It’s a promise India’s most beloved writer delivers on in her irreverent memoir about the year leading up to her landmark seventy-fifth birthday. Quintessential exuberance and keen observations firmly in place, she tells us about travelling solo, feasting (and fasting) with family and friends, the triumphs and losses that accompany ageing, the vagaries and vulnerabilities of being a writer and, above all, how food connects people in the most unexpected places and delightful ways. Read More..

People are dying within a few hours of developing the first sign of sickness. In less than a month, nearly five hundred people have died from that illness

Is it a new virus? Or post-Covid complications?
Or is it a systematic terror attack?

As Lt. Col. Aditya started digging for answers, he realized that something bigger and much more sinister had already been set in motion by the terrorists. Would he be able to stop it, while the clock is ticking?

Operation Rudra is a fast-paced thriller of a race Read More..

(Prices and availability are subject to change without notice.) 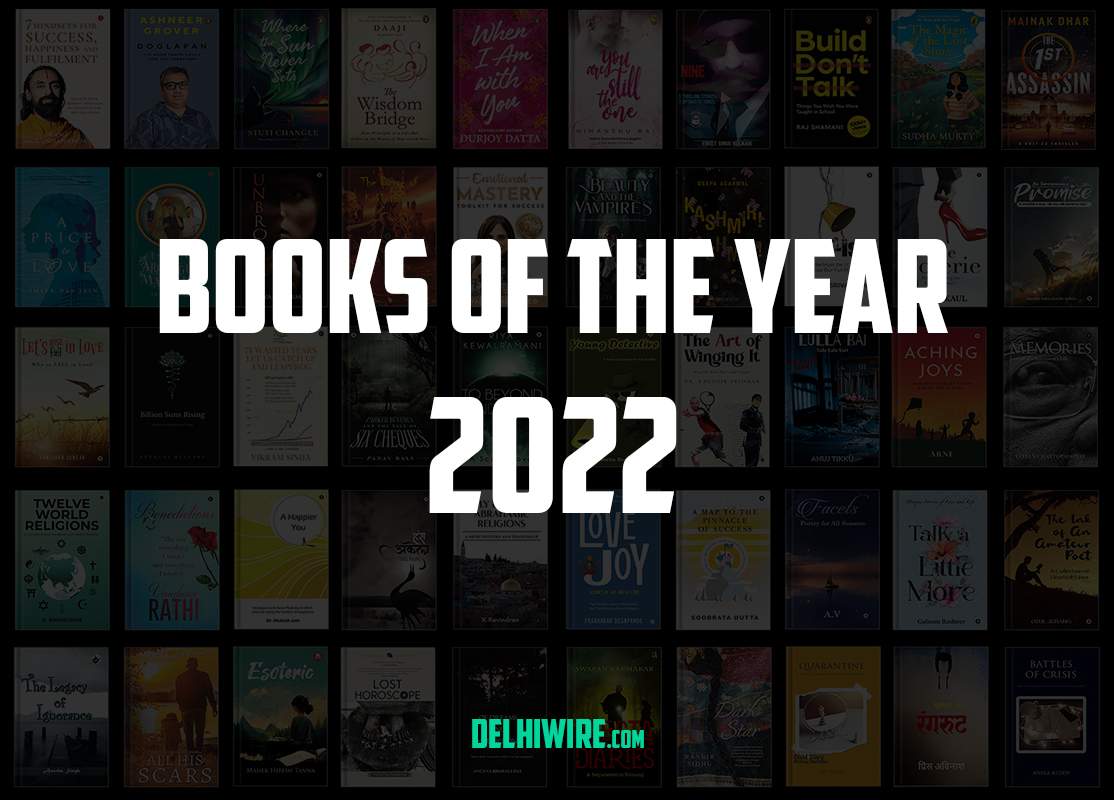 Each fall, the editors of the Delhi Wire select the best fiction and nonfiction titles of the year. Our editors read, nominate, discuss, and debate the merits of each year’s books, working together to land on our list.

From authors, both established and new, our favorite books of the year meditate on everything from life online to life in the intersections of identity. Set everywhere from the all-too-real world or solely in the mind, the distant past, or the speculative future, these books offer escape, education, and spiritual enlargement—whatever you’re looking for.

With such an embarrassment of riches on offer, ranking these books is a downright impossible task, so we present our selections in no particular order. In this singularly strange and challenging year, books comforted us, allowed us to travel even when borders were closed, and ultimately, kept us sane. We made it to the end of this terrible, horrible, no good, very bad year, and we’re still reading. Congratulate yourself for that—and don’t waste any time stocking up your “to be read” pile.

Celebrating the year’s end, celebrating you, the authors & the extraordinary books that defined 2022.

1. 7 Mindsets for Success, Happiness, and Fulfilment by Swami Mukundananda
2. Doglapan by Ashneer Grover
3. Where the Sun Never Sets by Stuti Changle
4. The Wisdom Bridge by Kamlesh D. Patel
5. When I Am With You by Durjoy Datta

6. You Are Still the One by Himanshu Rai
7. NINE by Vineet Singh Hukmani
8. Build, Don’t Talk by Raj Shamani
9. The Magic of the Lost Story by Sudha Murty
10. The 1st Assassin by Mainak Dhar

11. A Price to Love by Smita Das Jain
12. A Tale of Arranged Marriage by Pranav Rao
13. Unbroken by Pawan Verma
14. The Curse of Kukkutarma by Prateep Roy
15. Emotional Mastery by Navana Kundu

16. Beauty and the Vampires by Sukriti Jaswal
17. Kashmir! Kashmir! by Deepa Agarwal
18. SELF-ish by Sanjay K Srivastava
19. The Coterie by Vinod Kaul
20. An Imperishable Promise by Sarathi Sabyasachi Sahoo

21. Lets Rise in love by Tanishka Juneja
22. Billion Suns Rising by Aarathi Bellary
23. 75 Wasted Years, Let us Catch Up and Leapfrog by Vikram Sinha
24. Parker Beverly and the Tale of Six Cheques by Panav Bali
25. To Beyond and Back by Riya Kewalramani

36. Love Joy by Prabhakar Deshpande
37. A Map to the Pinnacle of Success by Soobrata Dutta
38. Facets by A. Venkatasubramanian
39. Talk a Little More by Gulsum Basheer
40. The Ink of An Amateur Poet by Otul Jerang

41. The Legacy of Ignorance by Aastha Singh
42. All His Scars by Amit Aryan
43. Esoteric by Mahek Hitesh Tanna
44. Lost Horoscope & Other New Poems by Yuyutsu Sharma
45. Of Dreams And Assumptions by Angana Bharali Das 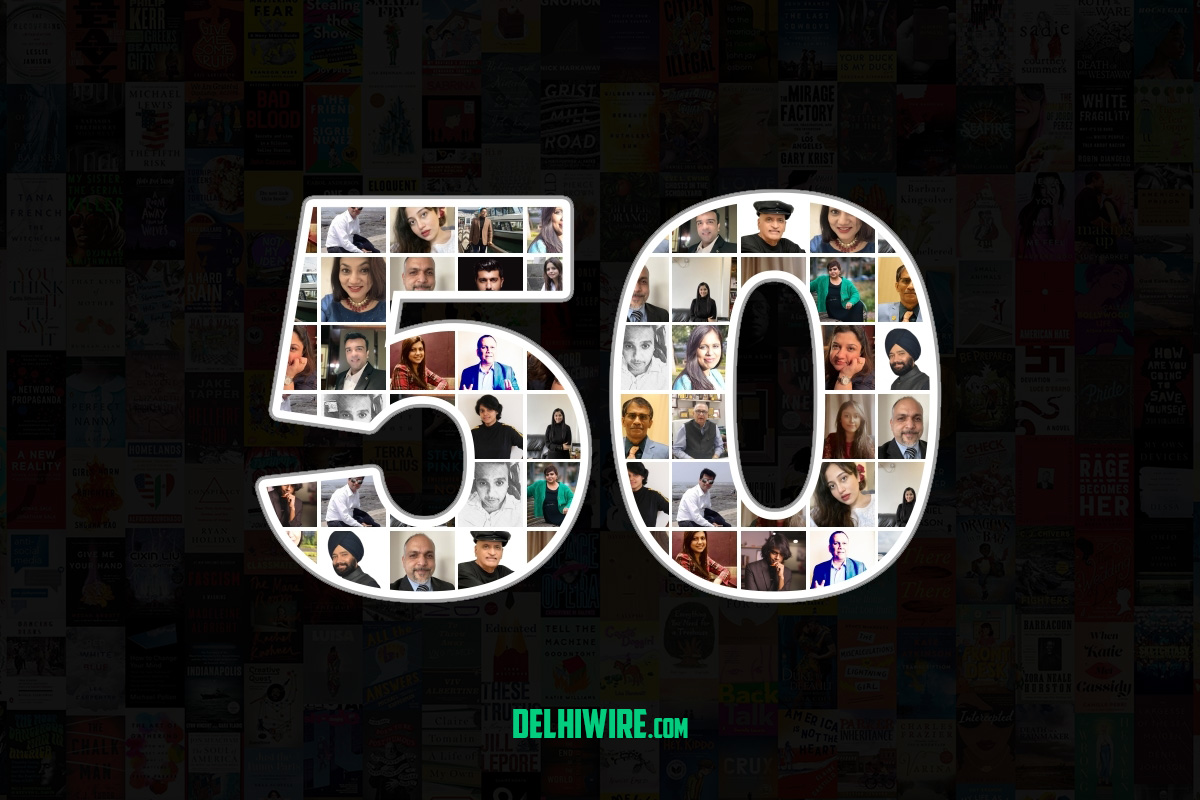 So this is the time of the year again when you get to know about the authors who had done wonders.

Be it historical, fiction, poetry, self-help, or any other genre these authors have left their prominent mark.

So here we present you the Top 50 Influential Authors of 2022.

36. Rooprashi, Author of Our Non-fairy Tale Life.
37. Colonel Harpreet Singh Kohli, Author of The Other Side of a Soldier.
38. Debabrata Ghosh, Author of Masterstroke.
39. Akriti Sharma, Author of Married on Paper.
40. Dr. Sumit Goel, Author of I Wanna Grow Up Once Again.